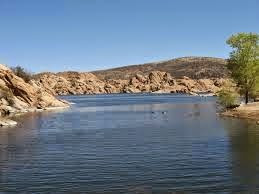 Nestled along the Granite Dells, Watson Lake makes for one of the most picturesque scenes in Prescott.  Watson is a man-made lake created in April of 1915 with the completion of the Granite Creek dam by a company from Indiana.

Needless to say, water is extremely important in the desert and the anticipation of a new lake close to the city brought the biggest celebration Prescott saw in many years.

There were notable speakers, free barbecue, Prescott's band and a special train to get to the celebration as the four-ton steel gates would be closed to store the waters of Granite Creek.  "Acting Mayor AJ Head...issued his proclamation declaring a general holiday from 1 o'clock until 5 on that auspicious day." (*1)  Even the courts were closed.
Read more »
Posted by Drew Desmond at 10:22 AM No comments: 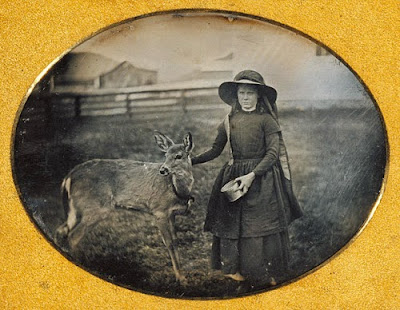 Anyone who has spent any length of time in the Prescott National Forest is well aware of the large population of whitetail deer who call it home.  It seems they've been there forever.

But few locals and sportsmen are aware that the whitetail deer did not exist in the forest until the spring of 1915--a full half-century after the city was founded!  There were automobiles in the forest before the white-tail deer ever showed-up! Their arrival came in large numbers and was a complete surprise.

Read more »
Posted by Drew Desmond at 7:02 PM No comments: 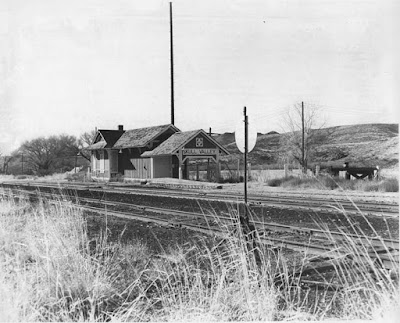 It's been said that "Ploughing-time down (in Skull Valley) means, among other things, grave-exhuming time – the annual harvesting of dead men’s bones.  And the supply of these grisly evidences...of long ago appear to be inexhaustible." (*1)