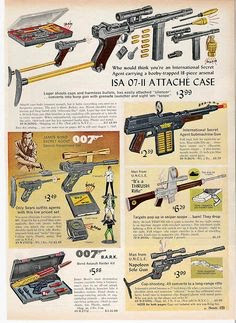 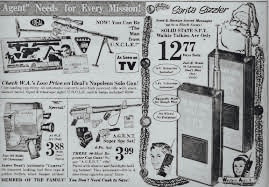 Also in December, 1966, Neil Hurt Chevrolet celebrated its Grand Opening at Whipple and the Fairgrounds, while the F.W. Woolworth's closed for good after being open 50 years. (*2)

Nationally, the Vietnam Conflict began taking over the news, bringing the first disparaging hints that this would be a war unlike any the nation had ever fought.

One thoughtful Prescott 7th grader, Jeannette Kearns, sent candy to the boys in Vietnam. In return, she received a poignant thank you note from a young soldier which said: "We know that if we were there (which we probably will be) we would at least know that someone at home, besides our own families...cared and that we HADN'T been forgotten." (*3)

Most children wrote to Santa.

One 4 year-old wrote Santa not only expressing what she wanted, but also what her other family members would like:

Dear Santa Claus:
My Name is Victoria Daniels and I am four years old.

I have one brother and one sister.

When you come to our house we will leave you some cake and milk.

I would like a doll, a sink, a stove, a refrigerator and a set of tea dishes.

I would like a doll; a doll house; furniture, a telephone for my sister. I would also like a truck, a bike, a top, a ball and bat for my brother.

We have all been good all year and we are going to bed early so you can come early.

A sink? A stove? A refrigerator? Perhaps MOM helped write this!

Linda Seggie asked Santa for "A good dress, just pretend going out and a purse when I'm pretend to go out with a pretend boyfriend." (*5)

After asking Santa for some darts and a new bike, Carl Webb concluded his correspondence with "Merry Christmas to you, don't forget! It's Jesus birthday." (*6)

The Annual Courthouse Lighting went off without a snag and was quite beautiful. "It marked the 12th year that the Prescott Business and Professional Women's Club has taken on the project of arranging courthouse decorations," the Courier reported. (*7)

As it is today, the lighting took place on the first Saturday in December. The master of ceremonies was the Chamber of Commerce's manager, Robert Fashbaugh. Then, "as the (Senior High) choir concluded (with) 'O Come All Ye Faithful,' the decorative lights of the courthouse, the city streets and the Cross on the hill glowed in a myriad of color." (*7)

ALSO ENJOY: Meet the Father of Prescott's Current Identity
The story of how a man from Phoenix helped Prescott develop her current identity.


As was the annual tradition for decades, Prescott would offer her most needy what was required to have a good Christmas. "Through Prescott's 'Christmas for Children' project, a troubled Christmas...can be turned into a joyous occasion," the paper reported. "Many local organizations are working together to provide toys, food and clothing for the less fortunate in Prescott. Toys are being collected,...repaired and repainted by the men of the  Prescott Fire Department (while) new and used dolls are being dressed...(and) will be placed in the 'Toy and Joy' shop and given out at Christmas." (*8)

Nearly every organization, church and club donated time, material, or both.

One icon of Christmas that made its debut in 1966 was the original TV version of "How the Grinch Stole Christmas" starring the voice of Boris Karloff. It expounded the need to peel away materialism to find the true heart of the holiday.

Indeed, the saturation of television into American homes brought "brand names" into Christmas. Instead of little girls writing St. Nick for a "dollie;" they starting writing Santa for a "Barbie."

While some might consider this the "crass commercialism of Christmas," it seems the basic spirit of the holiday hasn't waned at all. Kids' faces still light up just as brightly today when they get the toy they dreamed of.

Neither has sentimentality suffered...as exemplified by this author's own Christmas tree ornaments: 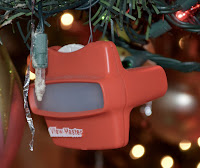 One Prescott 6th grader, Julie Cook, wrote poetically about the season in '66:


Snow falls in great, white flurries,
Softly to the ground;
It hardly ever hurries,
And doesn't make a sound.

When little children see it,
They laugh for glee and joy;
For they know it means that Santa
Will soon bring them a toy. (*9)


It was almost a white Christmas in 1966. It had snowed consistently the week prior, but just before the special day, a warm rain came and washed all the snow away. It ended up being a muddy Christmas, indeed!

CLICK HERE for all of the CHRISTMAS Articles in Prescott AZ History!

Tourist Tip:
Come the first weekend in December to the modern Courthouse Lighting in Prescott! At the same time, Sharlot Hall Museum offers a special Christmas event. Finally, be sure to take time to shop the local downtown stores for some unique holiday gift ideas!

#PrescottAZHistory
SaveSave
Posted by Drew Desmond at 9:06 AM