The Findings at the Fitzmaurice Indian Ruin

Most of the commuters who go up and down Stoneridge Drive each day probably have noticed a peculiar zig-zagging fence surrounding a hilltop east of the road.

Answer: Perhaps the most significant, undeveloped tourist attraction in all of Yavapai county!

The Fitzmaurice Ruin is far more than a few scattered rock formations. The 27 room main pueblo and its several satellite structures encompass the largest Indian ruin in the Prescott region.

It was with a small amount of irony that Joseph Mayer's funeral was held in Prescott. For it was a fateful trip to that city that unexpectedly ended 30 miles short that would define his life and his legacy.

"He was loved and mourned by all who knew him. People came from all over the state, rich and poor alike, hundreds of them. They said among themselves, 'There will never be but one Joe Mayer'" (*1)

An Apache chief who lived across the creek came to pay his last respects. "My people have lost their Big Chief," he said, "our brother and best friend." (*1)

"Tears were shed by both men and women as the remains were lowered into their last resting place." (*2)

As both an entrepreneur and a kind-hearted man, Joseph Mayer brought a great deal to both his town and Yavapai county.

Prescott's 1st Ordinances Reveal the Charm of a Small Village 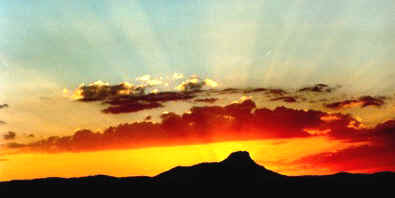 It was May 12th, 1873 when the Village of Prescott's Council met to pass its first two ordinances.

The two simple and quaint laws offer an interesting insight into the everyday life of the early, small settlement.

The first ordinance dealt with the job descriptions of the four primary city workers. The second dealt with criminal laws concerning "Breaches of the Peace."

The Legend of Burnt Ranch


It was 1961 when plastics manufacturer Arthur Edison bought the 160 acres for future development. He paid $150,000--less than $1000 per acre for the land located west of Williamson Valley Drive between Iron Springs Road and Pioneer Parkway. (*1)

By then the property had been known as "Burnt Ranch" for nearly a century.

This is the tale of the Apache-Mojave (aka "Date Creek") Indian raid that gave the ranch its name.