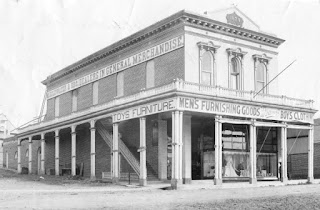 For over a century Goldwater's general merchandise store not only offered the staples of life, but also brought first class merchandise of elegance and good taste to Prescott.

Although its tenure in this city started in 1876, the Goldwaters had been merchants in Arizona starting in the early days of anglo history, 1862--passing on the business to each generation.


When the family first arrived in the territory, it was not to become merchants, but rather freighters. "Micheal Goldwater was quick to see the possibilities of what was to become Arizona. He established himself and his family in the thriving town of La Paz and settled to a busy life of a freighter."

Read more »
Posted by Drew Desmond at 7:53 AM No comments: 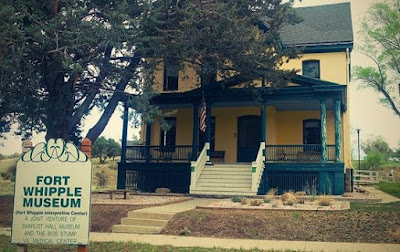 Due to a mature tree rooting its way into a sewage pipe, the Fort Whipple Museum had been closed for six months. But now it's reopened and it offers a unique and charming visit into the fort's past.

"If you want to learn the history of Fort Whipple from its military beginnings in 1864 to the modern-day Veterans hospital, it’s all here in riveting exhibits with crisp text, historic photographs and compelling artifacts. Friendly, knowledgeable docents will give you a tour of the exhibits and answer any questions you might have." 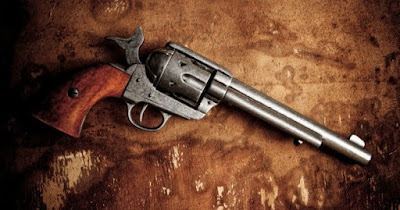 History lost her real name; she went by "Georgie Brown."

She was a "woman of the under world" who caught the eye of a naive young barber named Alexander Oaks when she blew into San Louis Obispo, CA.

Oaks would become completely infatuated with her to the point of losing common sense. He would follow her anywhere--even to the grave.

Read more »
Posted by Drew Desmond at 8:18 AM No comments:

Will Rogers Visits the 1933 Frontier Days 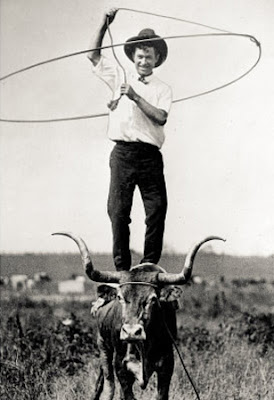 The Courier's editor needed to pinch himself. ""Will Rogers of Claremore, OK--yes, indeed, THE Will Rogers, gum-chewing humorist whose quips go straight to the mark and have made many a personage in high places flinch--well, he's in town."

"Rogers, who flew to Phoenix (on the 3rd) and drove up yesterday morning (the 4th), spent the day at the grounds, squatting on his heels at the end of the arena for the most part and surrounded almost all the time by a group of contestants,...gals of the range, and young cow waddies: a big gang of admiring small boys."

It was hoped that Rogers might present the rodeo awards that night, or ride in the closing parade, but he had something else in mind for his surprise visit "to see the final events at the fairgrounds of Frontier Days."

Read more »
Posted by Drew Desmond at 9:01 AM No comments: