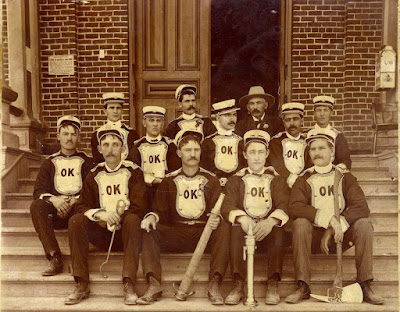 On the evening of November 19, 1889, “Prescott scored a fire record, in which she takes no special pride,” the paper lamented, “the department being called out no less than three times within four hours.” Although the first two fires were extinguished quickly, the third, at the livery stable, went out of control.

Read more »
Posted by Drew Desmond at 7:33 AM No comments:

That's My Daddy! (at Frontier Days)

Early etiquette at movie theaters was sacred. People paid good money to watch, and demanded to do so without distraction. But there was an occasional time when the silence was broken and even more rarely, when it was excused.
Read more »
Posted by Drew Desmond at 7:14 AM No comments: 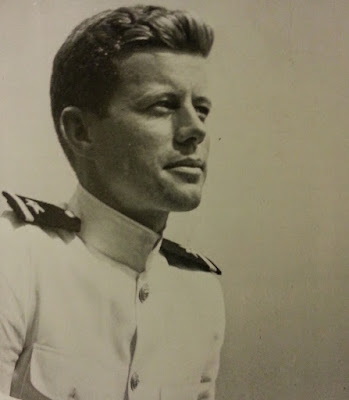 After his PT-109 was rammed by a Japanese destroyer in World War II, John Fitzgerald Kennedy fought back problems. During his recuperation, he spent about a year in Arizona and Castle Hot Springs. It wasn’t JFK’s first trip to Arizona, nor would it be his last.
Read more »
Posted by Drew Desmond at 7:53 AM No comments:

The Lost History of Howey Hall 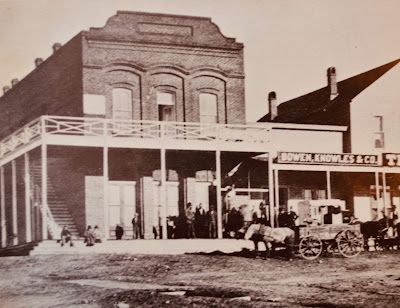 For decades, the history of what was once an iconic building on the Plaza lay veiled. It was known as Howey Hall and it stood in service to Prescott for over 80 years.

The reason for this lack of history was a lack of ink in surviving newspapers. This was because of a bit of a grudge held by Miner editor, Charles Beach, who “was most unhappy…because of the fact that (Howey Hall) productions were advertised by placard rather than the newspaper.” However, Beach did feel compelled to print a dozen words or so about community events held there. These lay buried in the dusty columns for over a century until the power of 21st century newspaper search engines brought these nuggets to light. Together, they bring into focus the important community role Howey Hall held in Prescott.
Read more »
Posted by Drew Desmond at 7:16 AM No comments: