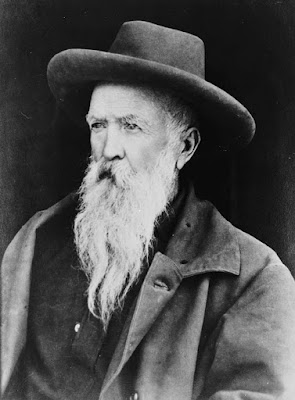 Originally Robert W. Groom came to the area to mine. However, Groom was also a surveyor which was a rarity in Yavapai county in the mid-19th century. Soon he would be pressed into service to plot the streets and blocks for both Prescott and Wickenburg.

Groom Creek was named in his honor.

He was also involved in one of the most bizarre duels in the history of the southwest.

The Indian Raid That Gave Fort Rock Its Name

It was Saturday, November 19, 1866 when a force of 50-100 brave Hualapai warriors descended upon a stage stop near Mt. Hope on the road between Prescott and Hardyville (now Bullhead City). The epic battle would be remembered for generations and the name of the locale would change forever.
Read more »
Posted by Drew Desmond at 9:30 AM No comments:

The Battle of the "Pinole Treaty" 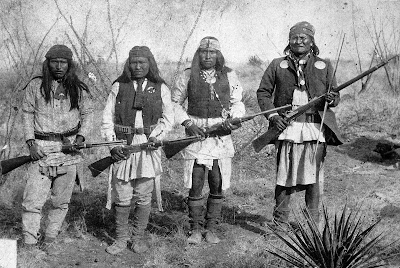 PINOLE: A food made of maize, cacao beans, and spices that originated with the Aztecs.

It was January 4th, 1864. A.H. Peeples had just given his friend, William Kirkland, a watchdog with a new litter of puppies.

It was a decision that Peeples would regret the following night. 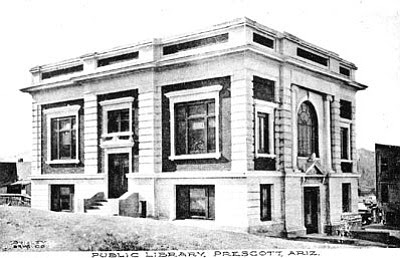 One cannot tell the story of Arizona's first Carnegie library without telling of the organization that birthed it. It was a group of Prescott pioneer women who became known as The Monday Club.