The Women Who Civilized Prescott 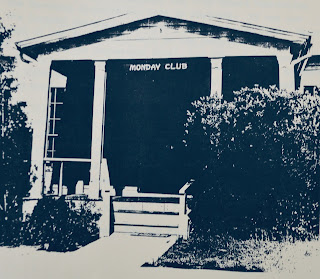 Despite being the Territorial Capital at the close of the 19th Century, Prescott still clung to many aspects of a rough mining town and the educated wives of the politicians wanted to make it more civilized.

So in 1895 they formed a group dedicated to making Prescott a city where families could thrive. Originally, it was simply called the Prescott Women’s Club, but since many other groups with that title were solely focussed on women’s suffrage, they soon changed the name to the Monday Club. It still is the oldest women’s organization in Arizona.

Read more »
Posted by Drew Desmond at 7:03 AM No comments: 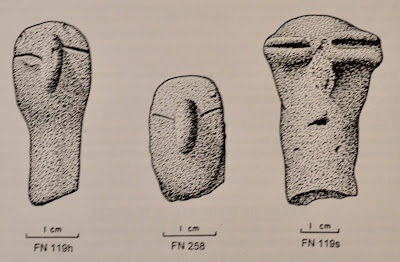 Were these 1000 year-old artifacts tokens of black magic?

Much mystery surrounds the small, clay figurines found in the forest south of Prescott, as well as the people who made them. 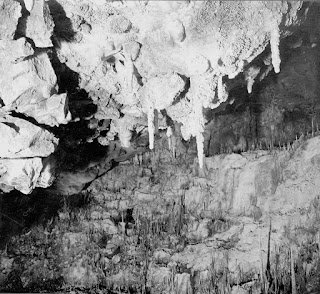 Dud Clark had been contracted to build a road from Prescott to Ash Fork, when Lee Burhans called out to him. “Burhans was a member of a picnic party and was going through a large cave that had been well known for years, when he found a small opening that he had never before perceived,” the paper described. Peering through the hole with a match, he noticed that this opening was just below the roof of a large cavity. Lee got Dud, who then lowered a rope and descended to the cave floor with an “automobile lamp.” When he turned it on, his jaw went slack.

Read more »
Posted by Drew Desmond at 7:09 AM No comments: 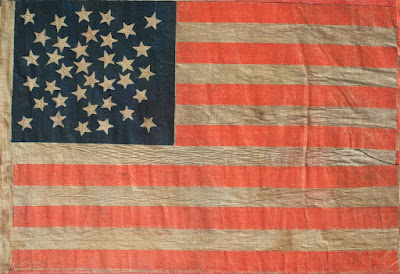 Surrounding the Civil War, not everybody was inclined to celebrate Independence Day. Many who lived in Yavapai County were sympathetic to Southern causes. “There was an apprehension that such diversity might exist here,” the Prescott paper observed, “and interfere with a genuine and hearty observance of the day.”

Read more »
Posted by Drew Desmond at 7:21 AM No comments: