Read more »
Posted by Drew Desmond at 8:15 AM No comments: 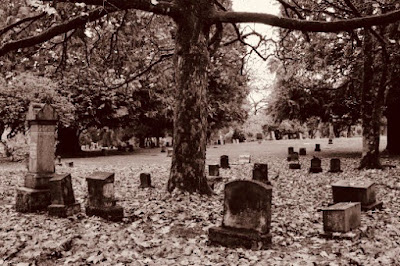 If one were to think that the Arizona 1880 Mortality Schedule for deaths in 1879 was as dry a source as the Arizona desert just prior to the monsoons—he’d be right! But when one extracts the data for Yavapai County, the way of death in 1879 paints a poignant picture of a most difficult way of life.

Read more »
Posted by Drew Desmond at 8:37 AM No comments: 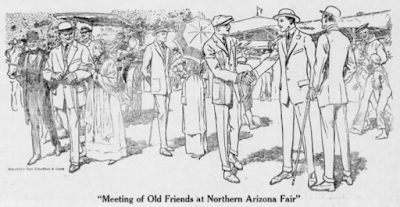 In 1913, the Arizona State Legislature allowed for counties to use a certain amount of property tax dollars “for the support and furtherance of county fairs and exhibitions.” For the northern counties, it was felt that more money could be raised and result in a better fair if they could pool their resources and stage the event together. “This was agreed upon and the Northern Arizona Fair Association came into being (with) bylaws formally adopted on August 7.”

However, the prime mover in helping to bring the fair together was western silent movie star Tom Mix. Prescott was a second hometown for Mix who produced scores of films around the Granite Dells area. He was named “Program Chairman and through his efforts raised $6000 (over $150,000 today,) to put on the fair. He planned and staged a Wild West show using local cowboys” to help raise the money.

The effort turned out to be more popular and successful than the planners could have dreamed.

Read more »
Posted by Drew Desmond at 8:40 AM No comments:

1863: The Indian Raid on Peeples Valley 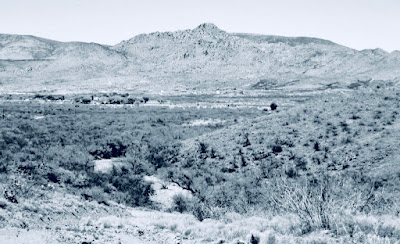 Abraham Harlow Peeples was one of the true early settlers of Central Arizona. He first arrived at Ft. Yuma in 1863 in order to prospect in the virgin wilderness of what would become Yavapai County.

Leaving Yuma on April 1st with a party of other renowned pioneers, both their journey and their results were epic and will be the subject of a future article here.

Peeples not only made mining claims, but he also quickly made a homesteading claim in a valley, 35 miles southwest of Prescott, which now bears his name. However, that winter the Peeples’ ranch would suffer the crippling theft of 29 horses and mules.

Read more »
Posted by Drew Desmond at 8:00 AM No comments: 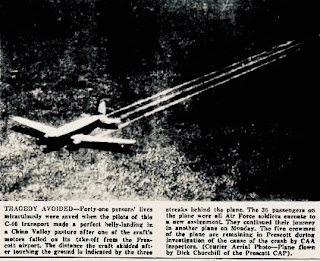 In the early 1950s, the Prescott Airport was a bustling place. Two airlines, Frontier and Bonanza, offered commercial service while many planes, including military, used Prescott Airport as a refueling stop. Of course, with increased activity comes the chance of increased mishaps and accidents.

Such was the case in 1952 when no less than six airplane accidents occurred around Prescott.