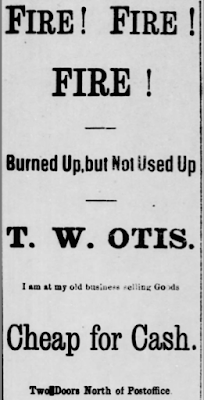 Many familiar with Prescott history are aware of the Great Fire, which occurred July 14, 1900 and destroyed Whiskey Row. However, twelve years earlier, there was another great fire which wiped out Cortez Street.

It all started with an ill-fated plan to blow the safe at TW Otis’ store. The burglars entered the establishment, under the cover of darkness, shortly after midnight July 1st and planted some dynamite around the store’s safe. Concerned that the noise from the blast would sound an alarm, the would-be thieves covered the safe with burlap gunny-sacks. They then lit the fuse and scurried out of the building to avoid injury. 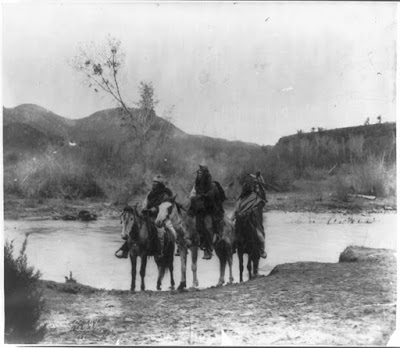 1870 dawned with the usual optimism of a new year in Prescott, but underneath laid a sense of anxiety. The first edition of the 1870 Weekly Arizona Miner wrote: “Our inveterate foes—the Indians— have been on their good behavior for a number of weeks past, and have not recommenced hostilities, hereabouts. But judging from the fact that they have commenced swarming around many settlements, we fear that, ere long, they will commence anew their business of killing and plundering, and we advise our people to be on the lookout for them.”

The newspaper would have done well to tell its readers not to travel alone and double their herders. For it was the Indians' strategy to begin a campaign of ambushing lone travelers and lightly guarded stock.

Read more »
Posted by Drew Desmond at 7:19 AM No comments: