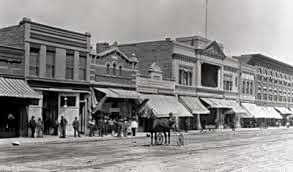 Here's a listing of all the
Historic Buildings & Infrastructure
articles on Prescott, AZ History! 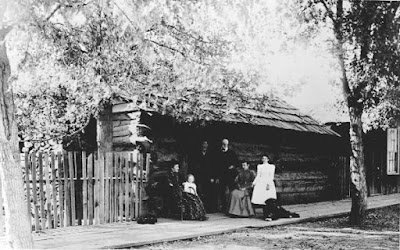 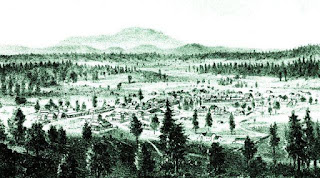 Early Descriptions of Prescott: 1864-'71
Three early accounts of Prescott, AZ from 1864, 1867 and 1871 revealing its growth from a mining camp to an all-American community in seven short years. 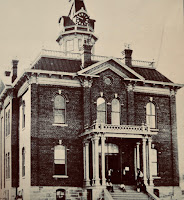 1867: Needed a Jail; Built a Courthouse. The story of the need and construction of the Old Courthouse in Yavapai County, AZ in 1867.

The story of the Dudley House. The first hotel in Prescott that was “hard finished,” offering walls and a solid roof. 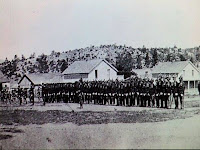 Indian War Military Posts of Yavapai County: A Primer
A comprehensive primer of frontier military posts in Yavapai County, AZ during the Indian Wars. Both an alphabetical and a chronological list is offered including dates, locations and the reason behind each post's name. 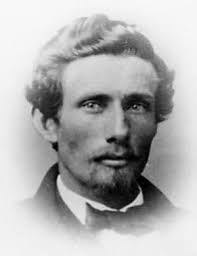 1871: CB Genung Builds the Old Yarnell Road
The story of the first heavy use road to run from Kirkland to Wickenburg before there was a White Spar Road (Hwy. 89). It was built by Charles Genung in 1871.

"The History of Palace Station"
The history and future of the historic Palace Station stage stop located 17 miles south of Prescott AZ. 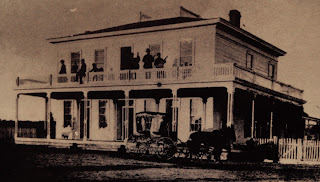 1876: The American Ranch: The Ritz of Stage Stops
The story of the historic American Ranch stage stop which was located 12 miles from Prescott, AZ. on the Prescott to Hardyville toll road.

Downtown Store Windows in the 1800's
A description of what a visitor to downtown Prescott, AZ would see in 19th century store window displays.

1877: Early Prescott Super Stores
The surprising story of "big-box" stores a century and a half ago in Prescott. 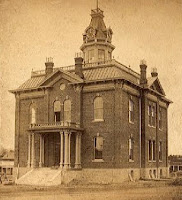 The Terrible, Shoddy Construction of the Old Courthouse
The story of the slapstick construction of the "Old" (2nd) Yavapai County Courthouse. A sane man might wonder if the Three Stooges didn't paste it together just prior to landing their gig on vaudeville! 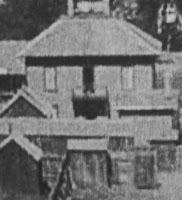 Prescott's "Double Decker" Brothel
The story of Prescott, Arizona's only 2 story brothel as told by artifacts found in an archeological survey of the red-light district. 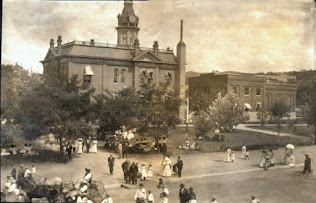 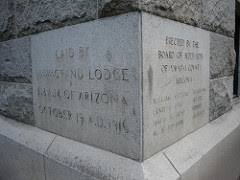 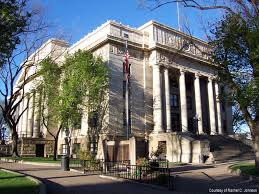 That Smokestack in Mayer is an Antique
The colorful history of Mayer, Arizona's iconic smokestack, with a look to its future. 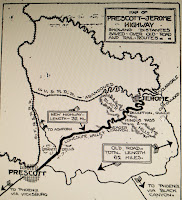 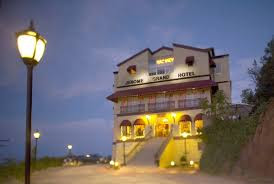 The Haunts of the Jerome Grand Hotel
It first became haunted in 1935 after the death (or was it murder?) of a maintenance man crushed by the elevator. Yet there are many more apparitions in the former hospital. 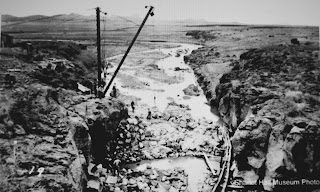 The Mysterious Ruins at Sullivan Lake
The story and history of Sullivan Lake, Arizona (located between Chino Valley and Paulden on "Old Hwy. 89") and the mysterious ruins surrounding it.

Famous Harvey Houses Supplied by Del Rio Ranch
The story of the Fred Harvey dairy and ranch at Del Rio Springs, AZ. From 1912 to 1929 the ranch supplied diary and meat for the famous Harvey Houses from Albuquerque to the west coast.

Prescott's Other History Museum: Ft. Whipple
Description of the Fort Whipple Museum in Prescott, AZ. It details the entire history of the fort featuring artifacts that were found there.

Prescott's Goldwater Store: "The Best Always" from 1876-1978
Story and history of the Goldwater store in Prescott, AZ. Also included: the founding of Ehrenberg, AZ. 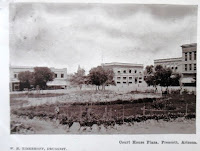 
The story of a group of squatters who tried to take ownership of Prescott, AZ's public Plaza in 1867.

It Took 18 Years to Build the Post Office
The story of the historic downtown Federal Building and Post Office in Prescott, AZ.

Prescott’s Old Gateway to the World
The building and history of Prescott AZ's last railroad depot. 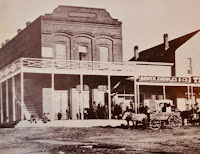 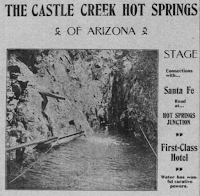 1921-23: Downtown Prescott Becomes Modernized
The story of how Prescott AZ’s dusty downtown was transformed into a modern city.

Railroad's Arrival Brought a Gala Day in Prescott
The background and story of the day the first railroad train rolled into Prescott Jan. 1, 1887.

The story of a Granite St. building as told by the archeological findings. There was drinking, eating, gambling and opium.

The founding and history of the Senator Highway in Prescott, AZ

A humorous look at the shoddy construction of Yavapai County’s Old Courthouse which led to its early demise.

Plaza Gazebo: A Fixture Since 1895

The early history of the gazebo on Prescott (AZ) downtown Plaza. First used as a bandstand, it became the focal point of many community events.