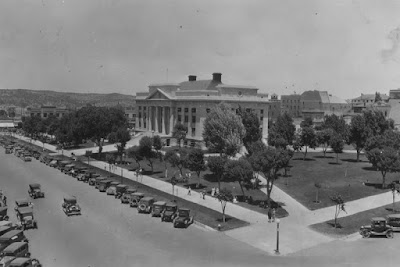 Read more »
Posted by Drew Desmond at 9:20 AM No comments: 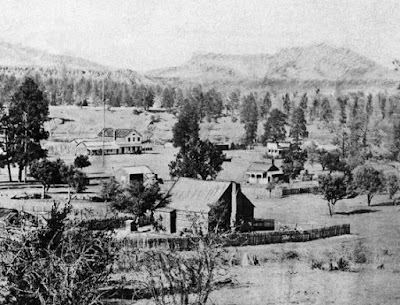 Winter began early in 1864, "and by the middle of December the trails were mostly snowed under and lost--all but those often traveled which led to the placer gold mines on Lynx Creek, or to Walnut Grove and the camps on the Hassayampa."

In what would be a rare "white" Christmas, "the snow lay white over the hills; the tops of the high peaks were crystal white and cold; and the pine and cedar and juniper trees were sparkling like trees on a Christmas card."

There were roughly 200-300 anglos around the Prescott area and the few houses that did exist in the tiny burg happily opened their doors to all that arrived.

Read more »
Posted by Drew Desmond at 9:34 AM No comments:

1853: The First Christmas in Northern Arizona

"Ten years before the tents of Ft. Whipple were pitched in Chino Valley in 1864, the man for whom that post was named, with a small reconnoitering party, spent two weeks exploring the southwestern slopes of Bill Williams mountain and the basins between it and and Picacho Peak [Partridge Creek and the Big Chino Wash.]"

This time included December 25th, and the first anglo Christmas ever celebrated in northern Arizona would combine with modest commemorations from cultures here previously.

Read more »
Posted by Drew Desmond at 8:53 AM No comments: 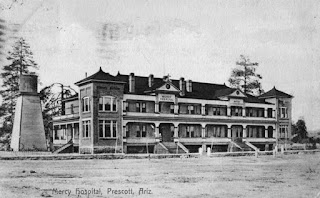 It was built in 1890 prior to building codes and, in retrospect, it was inevitably bound to happen. A trash chute running the height of the three-story building was built of wood, and on June 8th, 1940, someone threw a lit cigarette into it.

What resulted has been called "the second worst disaster in Prescott history;" surpassed only by the Great Fire of 1900.

Read more »
Posted by Drew Desmond at 9:03 AM No comments: