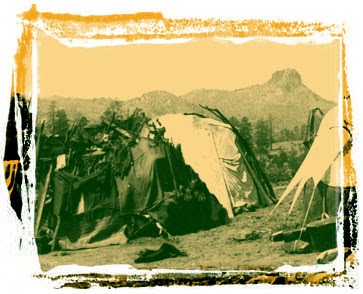 Most cultures have ancient stories of their beginnings. The Yavapai people are no exception. Their story is recorded in "Oral History of the Yavapai", chapter 19.

Those who are familiar with the flood of Noah in the Book of Genesis will be intrigued by the commonalities with the Yavapai's flood story.

However, the Yavapai's "Genesis" story includes two floods: one that brought them up out of Ahagaskiaywa, and a second, Great Flood...

Read more »
Posted by Drew Desmond at 1:23 PM No comments:

December 20th, 1925 seemed a day like any other. People were busy getting into the Christmas spirit; making final preparations.

A train, about an eighth of a mile outside of Jerome, AZ, was taking on water, when one of the train's engineers noticed some smoke rising at the United Verde Mine. When he looked more closely, he noticed that the roof of the powder house was on fire!

Quickly, he climbed into the  train's engine compartment and pulled on the whistle for all it was worth.

Shortly, people in the town of Jerome started coming onto the street, curious as to what the fuss was about. They, too, noticed the mine's powder house roof on fire.

Everyone realized that in a matter of a few short minutes, 23-tons of TNT would explode violently.

Read more »
Posted by Drew Desmond at 2:28 PM No comments:

I Survived an Apache Attack!

Howdy. My name is Fred Henry. I first entered the Arizona Territory way back in 1862 and I came to the Prescott country early on, in 1863, to prospect.

Now I know some of you tenderfoots dream about meeting a real-life Indian out in the wilderness, but I'm here to tell you that if that injun is an Apache, you'd be better off tripping over an angry bear! (Truth is, you're probably never going to see an Apache, unless that Apache wants to be seen.)

I give you fair warning: This tale ain't for youngins or the faint of heart. But if you think you have nerve enough to listen, then find a place by the campfire and I'll tell you all about it. 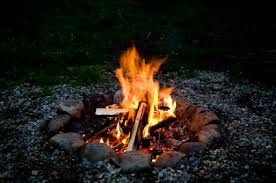