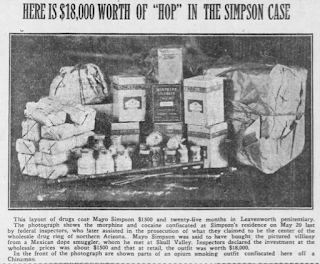 It was, at the time, the largest drug haul ever confiscated in Arizona—a take-down of “the center of the wholesale drug ring in Central Arizona,” according to the Arizona Republican. The drug kingpin was a Prescott resident and barber named Mayo Simpson.

Mayo was no stranger to being at odds with the law. His first stint in jail was for burglary…at the tender age of eleven.

$7 Million in Gold Awaits to be Found 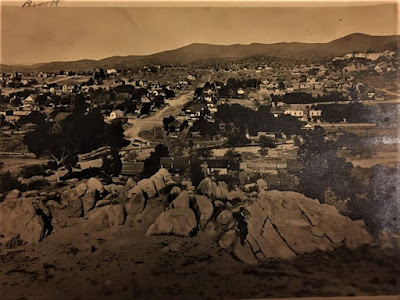 Initially one might dismiss an account of over 230 pounds of placer gold just waiting to be found, but the Catholic Church had enough faith in the story that they employed fifteen men to try to locate it. Still, it remains hidden to this day.

Read more »
Posted by Drew Desmond at 8:20 PM No comments: