Spencer Repeating Rifle Rules the Battle of the Black Mountains 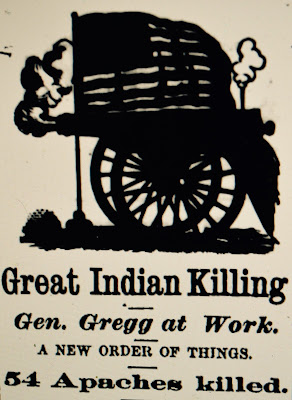 It was April of 1867 and ranchers in the area were both highly anxious and on alert. "Information of the presence of a large body of hostile Indians in Hell Canyon" prompted General Gregg to send two companies "to examine and explore that locality, and if possible to break up this band." However, by the time the army arrived, the Indians had left and were heading southeast towards the Black Mountains, several miles south of Woodchute and Mingus. (*1)

It would take several days for the Army to catch up, but such a large party of Indians and their animals left a trail even anglos could follow. But this time, for the first time in Arizona, the troops were armed with the lethal and already legendary Spencer Repeating Rifle. It had already been used, with devastating effectiveness, against Confederate soldiers.

Read more »
Posted by Drew Desmond at 9:41 AM No comments:

When word first came out that there was a movement to relocate the capital from Prescott to Tucson, most of Yavapai County thought the idea to be both unfathomable and impossible.

Traditionally American capitals had always been located near their geographic center. Even Washington, DC, now far to the east, was centrally located in relation to the 13 original colonies.

But now there was a movement to relocate the capital hundreds of miles away from the majority of the population, close to the Mexican border, where it's so hot that "one can fry a rattlesnake without a fire."

In the end, it was politics that made the unthinkable become reality.

Read more »
Posted by Drew Desmond at 9:29 AM No comments: 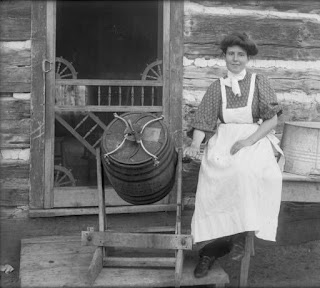 The pioneer ranching mother was one of the true unsung heroes of the West. Her lot was an especially hard one; not only because of a lack of conveniences, but because her toils were a necessity in order to survive.

I Was the Cause of the Battle of Skull Valley 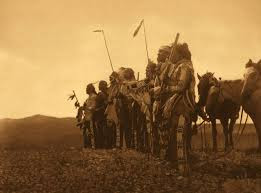 Sure--I've seen more than my share of Indians--most of them hostile.

I ran freight on two roads--one that ran from La Paz to Prescott and one from Hardyville (or what you call Bullhead City,) to Prescott.

One time in particular I had a seriously close brush that ended-up in a military battle.

My name is Freeman and not only did I fight in the Battle of Skull Valley, but you might say that I was the cause.