The Rocky Road That Brought the Rough Rider Monument 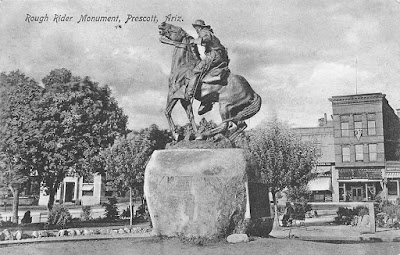 As soon as news reached Prescott of William “Buckey” O’Neill’s death in Cuba, one of his closest friends, MJ Hickey, was inspired to see that a memorial to the late sheriff and mayor be made in his hometown. This idea of a memorial would quickly grow into a monument and its journey from conception to inception would grow monumental as well.
Read more »
Posted by Drew Desmond at 1:01 PM No comments:

1919: Growth Causes Prescott to Run Out of Water

By the time summer came along, water pressure had consistently fallen so low that everyone was required to boil it. Unfortunately, that did nothing to relieve its foul smell.

Read more »
Posted by Drew Desmond at 8:28 AM No comments: 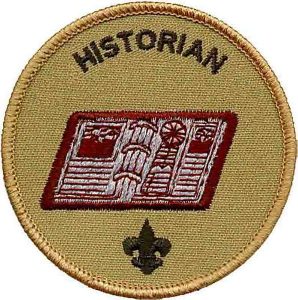 When scouting first came to Arizona, it started in Prescott and became hugely popular. Not only were boys of the proper age being turned away for lack of space, but the younger brothers of scouts became jealous of their activities and wanted a group of their own.

“These youngsters invaded the regular meetings of the various scout troops in such numbers that something just had to be done to keep them away from the regular Scout meetings,” the paper reported.

Read more »
Posted by Drew Desmond at 8:32 AM No comments: 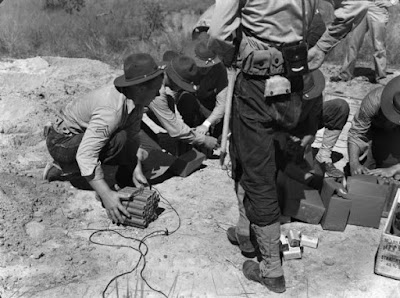 To be precise, these are the craziest stories that did not involve criminal intent. Those deserve tellings on their own.
Read more »
Posted by Drew Desmond at 9:13 AM No comments: