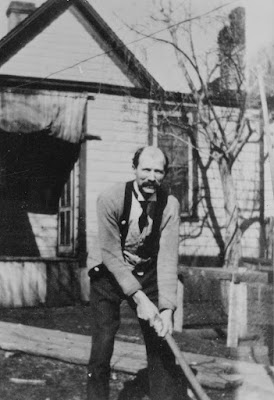 It seemed just a normal sleepy night in Prescott early on Saturday, April 21st, 1917, when at 2:30 am an explosion rocked the city.

It seemed someone wanted to see the future donor of park land to Prescott dead. But why?

Read more »
Posted by Drew Desmond at 9:25 AM No comments: 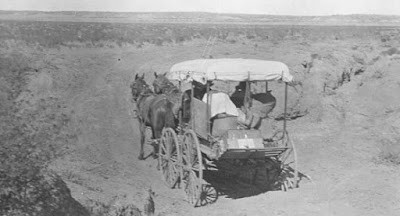 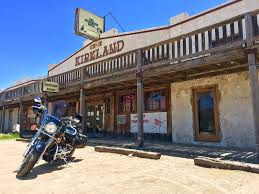 One method used by Native Americans during the Indian Wars could be described as "guerrilla attrition"--sudden, stealthy strikes aimed at absconding with the very things the settlers needed to survive.

Kirkland Valley was not immune.

Highway 79: the Prescott to Jerome "Shortline" 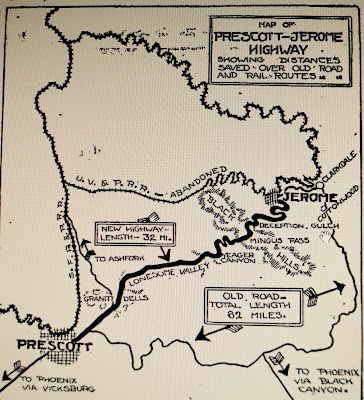 "Members of the National Geographic Society...proclaimed (Highway 79) as 'the most beautiful drive in America.'" (*2)

To cynics (and the carsick) the curvy, mountain road might seem to have been designed by a carnival-ride engineer, a drunk, or both. In fact, Highway 79 would be considered an engineering marvel even by today's standards. It cut the travel time and distance between the two cities nearly in half.

While some history is buried under the sands of time, Highway 79 was eventually buried under a ribbon of asphalt and given a new number: 89A. Still, the twists and turns of this roadway only mirror the odyssey taken to construct it.