It was the night of August 26th, 1915.  Oscar and Frank Pemberton were sitting on their porch watching a violent storm move from the mountains to engulf them and their surroundings.  In the distance, the Santa Fe, Prescott and Phoenix Railroad train was approaching a bridge three miles south of Date Creek station.  As they were watching the engine make its way, the lights on the engine suddenly disappeared.  More ominously, the steam whistle was left open sending a scream of mourning across the valley.

The two men quickly saddled up to ride out to the scene at full gallop.  At best, it was a simple derailment; at worst, people were dead and dying.

As the fierce rain pelted both man and horse, the pair rode up upon the worst train wreck to date on the SF, P&P.

Read more »
Posted by Drew Desmond at 8:09 AM No comments: 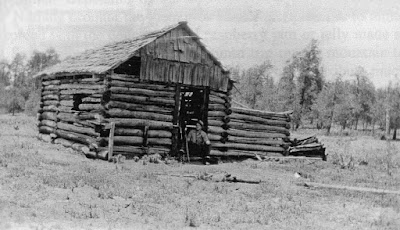 In the summer of 1870, nearby Fort Whipple had an extreme shortage of men.  In order to keep a skeleton crew guarding the fort, they could only send out around half a dozen soldiers at a time. (*1)

When the local Native Americans learned this, the surrounding settlements around Prescott quickly found themselves in serious trouble.
Read more »
Posted by Drew Desmond at 8:23 AM 1 comment: 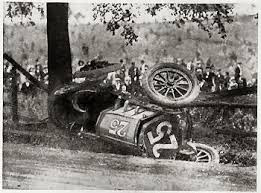 They were racing for the premiere awarding of the Arizona Gazette Cup in a contest organized by the Prescott Auto Club.

Nineteen cars would attempt the trip.  When it was all over, only one was able to drive back to Prescott.(*1)

Read more »
Posted by Drew Desmond at 9:40 AM No comments: